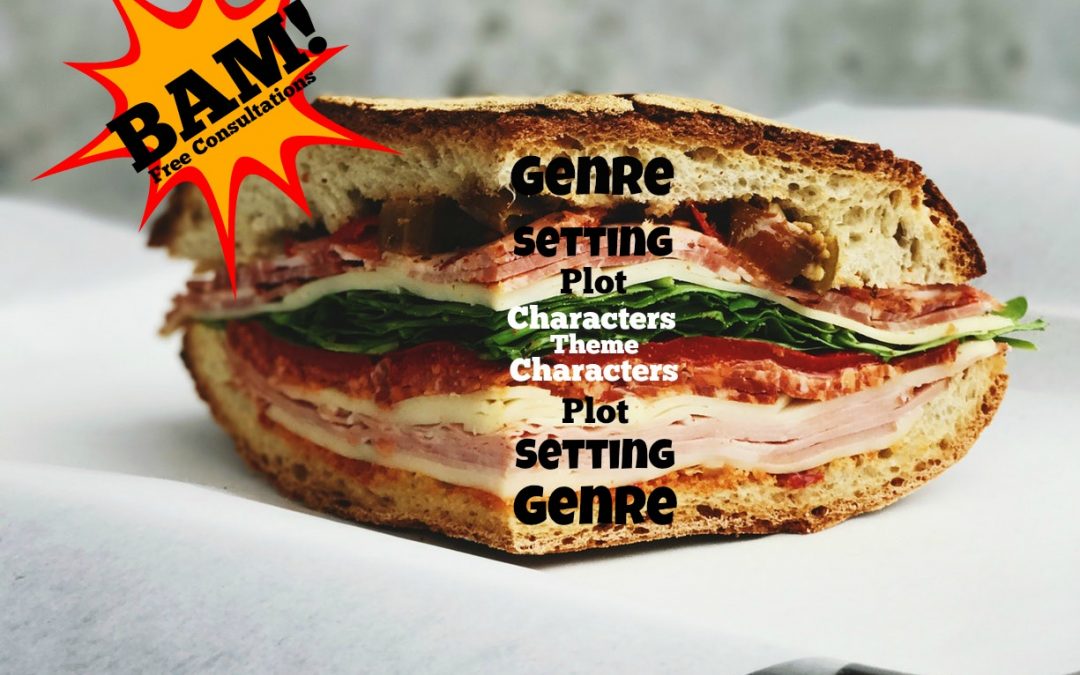 Storytime! I began writing when I was in high school. I started with fanfiction and short stories. I met many wonderful people and developed my own style and voice as a writer. As I’ve grown and honed my skills, I’ve realized that I no longer have problems composing stories ideas. Be it a fleeting thought, or something I orchestrate with a friend, I can whip something together from the ground up with little to no trouble anymore. I understand that not everyone has this gift, and people within my own circuit have difficulty tapping into their creativity when it comes to composing an idea for their book, series, film, etc. As such, I thought I would close that psychic distance today and teach all of you the way I go about constructing my novels. While I use this technique specifically for books, it can be used for anything. Whether you’re writing a manuscript, video game, fanfiction, screenplay, this method can work with anything regarding the craft. Here you’ll learn the basic components of composition, and the reasons why they should be addressed in the order they are. That said, the components of your ‘novel sandwich’ are going to be the following:

If you are reading this, you are already capable of writing words onto a page and structuring them in an orderly way. I cannot and will not pretend like you are all too young to understand these points. I was taught this in middle school. The reason I bring these terms up at all is to show you how to use them to compose a novel in manageable increments, without being overwhelmed with the entire process at once. With that disclaimer out of the way, let’s get started!

Before you even begin writing, the first question you should ask yourself is, “What do I want to write about?” Start board, then narrow it down. If you have the ability to zero-in on your specific idea from the beginning…great! Not many people can. If you are in the majority, start by asking you’re a few simple questions. Questions like:

“What’s the style of the book?”

“Whose work is a good comparison?”

“How would I describe the book to a friend?”

I’m sure all of you already know what a genre is, so I won’t go into it. The importance of this point is to start as open-ended as possible and see where your creativity takes you. And don’t limit yourself to one genre either! As you write, you may find your story has elements of another, or two. You’ll commonly see films marketed as a ‘horror/thriller’ or a ‘romantic/drama.’ Some genres became so synonymous they turned into their own, like a romcom, i.e. romantic/comedy. If you know you want to write a story in space or in an ancient land far away, then you can start by writing in the science fiction or fantasy genres respectively. The genre will be the bread of your sandwich. It’s what keeps the work contained.

As the genre is the bread, the setting then becomes the meat (or tofu). What kind of environment holds your story up? What gives it substance? A boring setting, even if it’s something of a fantastical genre would make for a rather boring story. Can you imagine what Star Wars would be like if the film were set a long, long time ago in a galaxy far, far away…at peace. At peace? Then what’s the conflict? If the setting of a story is already stable, then you’ll be forced to write in the ensuing catastrophe. I can’t speak for everyone, but personally, I tire of the way certain stories begin where nothing is wrong, only for things to shake up as soon as the main protagonist arrives. It makes the setting feel less real. For example, take our world. Our world is never at ease. There is always something happening, somewhere. Having the setting already in motion helps to accelerate the story, and brings the audience along in a torrent.

Elsemore regarding setting, the setting can and usually does change. Going back to science fiction, a story may begin in a small town but stretch across the galaxy. Have an idea of where you want your character to start (a desert planet) and where you want them to end (back home with family).

Now that you know what genre your novel is, where it takes place, and the state of the setting, it’s time to add the proverbial garnish (the lettuce). What’s that you say? The plot of the story is only the garnish? Wouldn’t the plot be considered the meat? Without the plot there is nothing to the story, right? I would agree with you, but you need to understand that the hero’s journey is a well-documented phenomenon in literature for a reason. It is virtually impossible to tell a new story. Therefore, as an author, or any creator, it is your privilege to tell not a new story, but rather any story in a new way. Settings are unique, characters are unique, plots are not. The main character has a call to action, undergoes trial and tribulation, maybe meets a few new people along the way, has an emotional/physical high and low point, then at the end things resolve for good or worse. That is the basic structure of a plot (use Freytag’s pyramid as an outline, not a template). That is your lettuce, the part that everyone expects to be on the sandwich.

Much in the same way setting determines where you want the character to start physically, the plot dictates where the character begins emotionally. That is the purpose of exposition, not just for background on the world, but also the characters. If you are writing a novel within our own world, then there is not much need for exposition about Earth, rather it should be focused on the characters. Since characters and developing them in ways that is both realistic and enthralling could be a whole discussion in and of itself, we will save that for a different day. All you need to know for the purposes of this post is 1) choose a protagonist and give the one specific adjective and 2) choose an antagonist and give it one specific defining adjective. You will add characters as they’re needed, but to begin, just have your main character and the force opposing them. Could be another character, or an entity like time, a disaster, or their own fears. If you start with having just the two of these, the rest of the composition becomes much easier.

This is also the point where the narrative style should be determined, that being first or third person. Third person is most common and tends to be the easiest if you’re feeling unsure of your ability to be the character. First person can be effective though, so consider experimenting with that style at least once. The narrative perspective also needs to be refined. Is it limited omniscient, wholly omniscient, etc. Do you want the narrator to only focus on the one character, or should they relay the actions and thoughts of all characters? Each one has their own perk, and there is no right way to compose the narrative. Choose whichever is most comfortable for you, then expand upon it as you grow increasingly confident in your ability to take risks.

By combing the elements of plot, the two primary characters/forces of the story, and the most flattering narrative style, the biggest, and arguably most difficult part of your initial composition will be completed with a fraction of the hassle!

Do not be intimidated by theme! People often think that the theme must be deeper than it appears on the surface. This is not true. Some of the most endearing stories of all time have a very simple message that was executed well. Again Star Wars is an example: don’t give up, fight for what’s right, don’t abandon the ones you love. These are all very common themes. A theme can be as complex or as simple as you like, which is exactly why the theme is the spice that finishes your sandwich! As there are many different types of spice, there are also many different kinds of themes. A spicy theme can cast a solemn story in a new light, as can a dark theme overshadow the resolution of a seemingly happy story. The theme doesn’t always have to match the tone of its story. Don’t be afraid to pull the metaphorical rug out from under the reader’s feet. People like to be surprised, so if they’re left wondering if the good guy really won, what’s become of the character’s integrity despite all their efforts, or even if they’ve truly achieved what they want in the end, it can be wrapped up or addressed with the theme. In my experience, no spice is a bad thing. Make sure to always have a theme, the idea that ties everything together. If there is no moral to the story, then it’s just a collection of words.

And there you have the completed sandwich! Sure, it doesn’t look like much now, but just wait until you take a bite. What’s on the outside does not matter, but examine the cross-section and you’ll see a true work of art. Something that you created, with a little help from us here at Happy Dolphin Press. Of course, not everything in this blog is going to work for everyone. Every writer has a different process, and it’s hard to figure out just what gets that creative engine running. The purpose of this blog was simply to lay down a simple guideline that tells you the basic components of a novel and which order you should tackle them in. Putting them all together into a great work of art is all on you. We’ve given you the tools, now we expect you to put them to good use! And again, this is all specifically for novels, though they’re applicable to everything else. If you want more information on what goes into composing a children’s book specifically, visit our succeeding blog for tips on composing a children’s book.

I can already see the gears turning in your head. Now open up that word document and get those fingers moving!